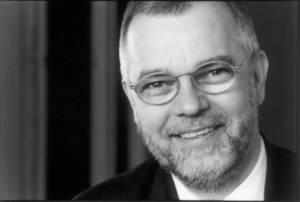 Peter Kleinebudde is a pharmacist by training and he finished his dissertation at the University Kiel in 1987. He then spent some years at Glaxo GmbH, Germany, in Pharmaceutical Development and Bulk Production. Between 1991 and 1997 he worked as research scientist at the University of Kiel and received the German 'Habilitation' for his work on pellets. During a stay at the Royal Danish School of Pharmacy he was appointed as associate professor at the University Halle-Wittenberg in 1998. From 2002 to 2003 he was the Dean of the School of Pharmacy. In 2003 he was nominated as full professor at the Heinrich-Heine-University Duesseldorf. Since then he holds the chair of the Institute of Pharmaceutics and Biopharmaceutics or the chair of the Department of Pharmacy. Since 2010 he is a member of the academic senate of the University.

His main research interests are solid dosage forms and pharmaceutical processes like roll compaction/ dry granulation, extrusion and coating. He has published about 150 peer-reviewed papers, 300 abstracts and conference proceedings and has given more than 180 invited lectures.