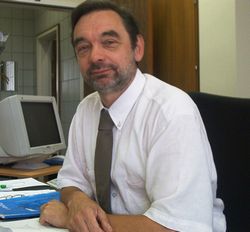 Jean Paul Remon obtained his degree as a Pharmacist in 1973, a degree in Industrial Pharmacy in 1974 and his Ph.D. degree in 1981 at Ghent University. After research fellowships at University of Keele (UK) (Biochemistry Research Unit) in 1983 and at the College of Pharmacy and Science (Philadelphia, US) in 1984, he became professor at Ghent University in 1985.

He is member of several pharmaceutical societies (APV, AAPS, APGI, Controlled Release Society) and became a AAPS Fellow in 2005.

Since 1996 he is Dean of the Faculty of Pharmaceutical Sciences (Ghent University).

He is co-author of more than 200 research papers.